Category Archives: By a Channel 37 Author 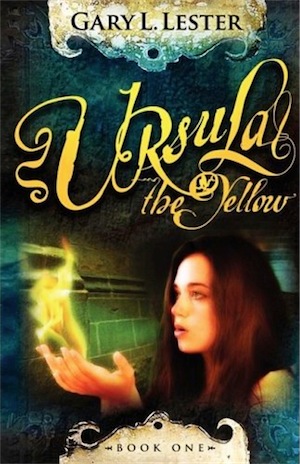 Ursula the Yellow, youngest wizard of Castle Greyrock, is manipulated into accepting a quest by the Speaker of the Council, Illier the Red. Her quest is to destroy the Necromancer Seliah, who has ravaged the country of Melvorne. Ursula knows Illier fears her abilities and wonders if she is being set-up to fail. It is during this quest that Ursula realizes her destiny and quickly learns to control her powers.

Posted in By a Channel 37 Author, Store | Comments Off on Ursula the Yellow (e-book)

Invasion of the Orb Men (e-book) 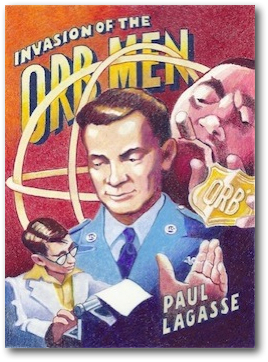 “I love the story and it needs to be read by everybody who loves the genre!” — Thomas F. Monteleone, author of Fearful Symmetries, Serpentine, and “The Mothers And Fathers Italian Association” in Cemetery Dance

“Just as advertised, it’s not exactly literature, but it was great fun (and yes, I’m old enough that I’m nostalgic for those movies).” — Tom Chandler, The Writer Underground

“Paul’s put a lot of work into this story and it shows. . . . I’m not sure how he accomplished it, but I could see the scenes playing out in my head in black and white.” — Scott Roche, author of Ginnie Dare: Crimson Sands and Through a Glass, Darkly

In 1952, a secret Air Force spy balloon is mistaken for a flying saucer. The balloon project’s security chief thinks the young writer who broke the story must be a communist agent — but the writer is convinced that the security guy is an alien sent to silence him! Meanwhile, a real Soviet spy is about to steal the balloon’s high-tech gyroscope. It’s up to the Air Force’s chief flying saucer investigator to sort out the mess before the writer gets arrested for espionage, the security man blows his own project’s cover, and the real spy gets away.

Posted in By a Channel 37 Author, Store | Comments Off on Invasion of the Orb Men (e-book)