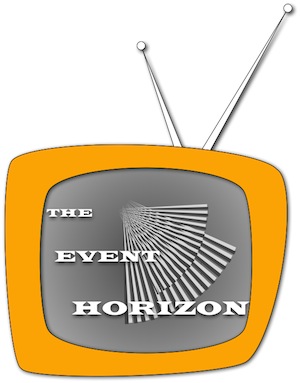 The spotlights followed the young dancer she walked across the stage amid thundering applause, green lights flashing wildly on the scoreboard on the wall behind her. She paused one more time to bow deeply in evident relief, then disappeared behind the curtain.

The jazzy interstitial music swelled and the the spots swung back across the stage. A moment later, they captured a figure walking onto the stage, his shiny blazer reflecting the dazzling white light. The man walked confidently to the center of the stage, clapping for the dancer, as the applause swelled ever louder. As he took the microphone off its center-stage stand, he raised his other hand in a gesture that both thanked the audience and asked for silence.

“Wasn’t she wonderful, ladies and gentlemen? And not a bit of it was original, of course. Every move, every note borrowed from others, mixed together with the approval of her friends! And judging from the scores I see behind me, our audience approves too.” The crowd burst into a fresh wave of clapping. “And now I’d like to bring out our next guest on tonight’s edition of ‘Popularity,’ the show where the young of age and the young of heart get to vote on who’s hot and who’s cool — and who isn’t allowed to stay.”

As the music and applause died down, the host continued more somberly. “Next up, ladies and gentlemen, we have a very special contestant on ‘Popularity.’ He is said to be the last of his kind, a man who has survived in our society against all odds, a man who by all rights shouldn’t even be here anymore. And tonight, you will have your chance — and of course your duty — to decide whether he will continue to the next round of ‘Popularity’ — or leave us. Will you welcome, please, John Smith!”

The spotlights swung across the stage in the direction the host pointed, and landed on a pale, thin man as he stumbled out onto the stage. The man shambled in the direction of the host as the sound of laughter rose above the applause. When he reached the middle of the stage, he turned to face the crowd but could discern only row upon row of shadows behind the bright stage lights that reflected off his round spectacles. He raised his hand in a futile effort to shade the light and see into the audience — knowing that in the crowd was everyone he knew.

There’s an old saying: “Judge not, lest ye be judged.” It may be a good rule to live by, but history has shown that it tends to apply only when the consequences promise to affect the judge as much as the judged.

This is a story about a society that has turned judgment into a game, and about a man who has the misfortune of being unpopular in a world where ‘popularity’ is a necessary precondition for survival. It’s a world that could happen tomorrow, but for the moment, at least, it is safely nestled in one of the darker corners . . . of The Event Horizon.

“Welcome, Mister Smith,” the host said, removing a stack of cards from his blazer pocket. “I understand that you are a storyteller.” Smith nodded hesitantly, as if answering questions from a hostile prosecutor. “Would you mind telling us what that is?” The host thrust the microphone at Smith’s face.

“And can you tell us what that means?”

“I . . . I invent imaginary people and events, and arrange them in a way that is entertaining and illuminating to the person hearing the story.”

“You hallucinate?” mugged the host, causing a roar of laughter from the faceless crowd.

“No! No. I use my imagination. I create something where there was nothing before.”

“I see. And do you do that with other people?”

“I tell stories to people, yes.”

“But you create these so-called ‘stories’ alone?”

“Well . . . yes.” Murmurs of disbelief spread across the auditorium.

“But how do you know if they’re popular, if you create them alone, all by yourself?”

“Well, people like my stories when they hear them.”

“But how do you know they will like them?”

Smith lowered his head and muttered a response.

Smith suddenly looked up and stared into the host’s eyes “I said, I have a muse!” He turned and faced the crowd defiantly as they laughed uproariously.

“A muse?” the host joined in the derision. “Is that like a crowd?”

“No.” Smith’s voice did not waver as he found courage in having nothing left to lose. “It is my own voice. The confidence that comes from knowing that I have something to say.”

“But if all people can do with your stories is listen to them, what good are they?”

“They can use their imaginations! They can learn to tell their own stories!”

The host clutched the microphone close to his chest and spoke hurriedly. “Thanks, Mister Smith. I’m afraid that’s all the time we have. And now it’s time for our audience to decide. Ladies and gentlemen, is John Smith Popular?”

The crowd was restless and silent as both the host and Smith turned to the giant board of lights behind them — each one connected by a switch to the seat of an audience member. Smith turned back to face the crowd and could see through the lights that people were looking hesitantly at each other.

Finally, in the upper left-hand corner, one red light appeared. Then another. Another and another, they spread out like ripples of red, gradually connecting isolated red spots on the board into a scarlet canvas.

Smith grabbed the microphone from the host and turned to face the crowd, keeping the scrambling host back with his free hand. “Listen to me! Creativity is important! It may not be popular, but it is important! All of your entertainments were made by someone. Without us there would be nothing for you to slice and dice and turn into shiny, blinking distractions!”

The host nearly succeeded in grabbing the microphone, but Smith dodged him like a football quarterback. “You take what we make without paying for it, and then declare that it has no value because it’s free! You think that value begins when you pay attention to it, but that’s not true!” Smith did not need to see the billboard behind him to know that it was now completely covered in red lights, all flashing violently.

At the beckoning of the host, two burly stagehands rushed out to grab Smith. He was able to dodge them as he continued shouting into the microphone, barely audible above the roars of disapproval. ” You know what that really means? It means that the creator is the one true judge of value! Me! Not you!” His finger went from pointing at his chest to jabbing at the crowd. “You fancy yourselves ‘taste-makers’ and think you’re doing us a favor by ‘discovering’ us, by paying attention to us? If we didn’t create for you every day, you’d be the ones living under bridges and in flophouses instead of us!”

One of the stagehands jumped and landed on Smith, knocking the microphone out of his hand and the glasses off his head. As they lifted him up and started to drag him offstage by his arms, he looked back over his shoulder and shouted one more time, though he could not be heard over the tumult

“If you get rid of the creators, you’ll have nothing! Then you won’t be popular when it’s your turn up here!” Smith and his handlers disappeared behind the same curtain through which the dancer had exited mere minutes before.

“Wasn’t that entertaining?” The outrage abruptly turned into wild applause. “John Smith, everybody! John Smith the storyteller!” Suddenly, all the lights on the billboard began switching to green as the applause continued. “It seems our crowd thinks that John Smith is popular!” The darkened audience cheered.

“Thank you, ladies and gentlemen. That’s all the time we have tonight. We’ll be back next week with John Smith and our other winners next week, to find out if you still think they’re popular.” The show’s jazzy theme started up again as the host bowed.

“And remember,” he added, looking right into the camera with a wicked grin, “Sooner or later, everyone’s a contestant on ‘Popularity.'”

The Romans called it “panem et circenses” — bread and circuses. Keep the people fed and entertained, and they will be more easily ruled. But when gladiatorial brutality is replaced with the more family-friendly violence of the popularity contest, the crowd itself becomes the emperor, and gradually the people tyrannize themselves.

Where novelty is the only commodity, the people know the price of everything — and the value of nothing. A case study in the economics of civilization, available for perusal in the central library . . . of The Event Horizon.