They Came From New Jersey! – Part 1 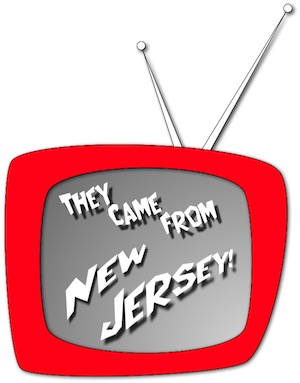 Daily Intelligence Update
—
(27) From the Princeton Dispatch: Authorities are investigating theft of nearly 300 Albino rabbits. These rabbits were used in testing at the Recalcitrant Laboratories. The rabbits were delivered to the Millbrook Rendering Plant for disposal. The rabbits were tested using different biological agents. The investigation will continue.

Colonel Daniel Fitzhugh grunted as he plopped himself in his old wooden swivel chair. His old wounds, suffered from the landing at Inchon nearly two years still ached on cold rainy days. The dampness of the Washington winters crept in his bones and muscles, especially in February. With the approaching snowstorm, his muscles ached all the more.

He tried to hide this fact from all his superiors at the Pentagon. He regular walked up the four levels of ramps to his drab little office in “C” ring. His office was strategically located between his ranking superiors and a viable heating system. He regularly threatened to install a wood-burning stove to the buildings engineers. He wondered who planned the buildings heating system and fell back on the Army’s old adage. It was of course, the “lowest bidder” syndrome.

His staff sergeant, Will Hutton, had a hot cup of coffee waiting for him when he arrived, as usual. He managed a couple of sips when two knocks sounded at the door.
“Come,” he said.

Sgt. Hutton opened the door and handed him a folded paper. He took it and the sergeant promptly left without comment.

When the door was closed he opened the note.

He turned the paper over. There was no “Top Secret” or “Eyes Only” stamps. Damn, he thought, someone will have to pay for this.

He buzzed the intercom button and said, “Sergeant, will you come here.”

The door immediately opened. The sergeant stood the required three feet from the desk and said, “Yes, sir.”
“Son, where did you get this message?”

“I took the message over the phone, sir. I typed it up myself. Shouldn’t be any spelling errors.”

Fitzhugh felt like shouting, but decided his sergeant was only caught in the middle. “Where did the call come from, sergeant?”

“I guess crypto, sir. I can find out how, if you would like?”

“That will be fine, sergeant. Make sure it’s the same voice before you patch him to me.”

“Will do, sir.” The sergeant turned to leave.

“Will, one more thing?” the sergeant stopped and turned back. “Do you know who this Von Zorm is?”

The sergeant shrugged his shoulders. “Beats me, sir. Sounds like a Nazi to me.”

The door closed and Fitzhugh sighed. Damn, all I need now is a security leak in my own office.

The intercom buzzed, Hutton announced a Major Akers from crypto holding. Smiling, he picked up the old black receiver. It’s time to rip someone a new one, he thought.

“Colonel Fitzhugh, your sergeant called and tried to ream out one of my men. If you have a problem with my section, you should talk to me first.”

“Thank you, major. I actually called for your advice.”

“Oh,” Major Akers voice seemed to regroup and lose a little of its defensiveness. “How can I help?”

“How should I do it? I’ve only been in this building less than two years and this is the first time I’ve run across this.”

“I’ve looked in the field manual; there seems nothing to cover the problem. I’d imagine you guys in crypto have to deal with all the time.”

“Why,” the colonel paused for effect, “kill my sergeant.”

“My sergeant, major. He was given a highly classified message over the phone from your department. A message that should have been coded ‘Eyes Only’ and handed only to me after several signatures and ID checks. I shouldn’t have to explain the system to you. What’s happened has happened. I can’t undo it, so the only thing that’s left to do is kill my sergeant. You must have a policy for that. Just give me the form number and I’ll look it up.”

“Sir, we don’t have a policy for killing sergeants. I can’t understand how such a thing could happen. I will check it to it at once.”

“Please do, major. But please be advised that unless I hear an answer before 1700 hours, I will take him out to the parking lot, probably next to your car and shoot him, do you understand?”

“Yes sir, I understand. I will have someone handle this ASAP.”

Fitzhugh wondered how long it would take. He thought about an hour. He busied himself with files of other projects.

“Dan, what the hell is going on?” the voice on the phone asked.

“Harv, I wondered when you’d get into this mess.”

General Harvey Harrison laughed. “You are causing quite a stir, Dan. I’ve already had to reassign most of the crypto unit. Akers is packing for the Aleutians station now. What are we going to do about your sergeant?”

“Well, we have to up his clearance for one.”

“What if we make him a Warrant Officer?”

“Then I lose him for eight weeks for WO school.”

“Better than shooting him, Dan. Anyway, it’s a done deal. Tell him to pack up. I’m sending you an assistant for the meanwhile. Top clearance, don’t worry, you can tell her anything.”

“Have a great day, Dan,” the general clicked off.

He buzzed the intercom and called in Hutton.

The sergeant stood in front of the desk.

“Son, I have bad news and worse news.”

“The bad news is I don’t get to shoot you today.”

“The worse news is you’re on your way to Warrant Officer school.”

Before Hutton could utter a word, the conversation was silenced by a staccato rhythm coming from the outer hallway. The outer office door opened with a hereto unknown creak. The clicking came closer.
A knock on the door. Before Fitzhugh could respond, the door opened.

A woman dressed in an impeccable WAC major’s uniform walked in. Her black pumps clattered as if they were equipped with metal tips. Her black hair was wound into a tight bun. She stood in front of Fitzhugh’s desk and saluted.

Fitzhugh stood, “Major Dare. Welcome to our little corner of the world.”

“I have Sergeant Hutton’s orders, sir.” She handed Fitzhugh and Hutton a folder each. “The car will pick you up in ten minutes, Sergeant.”

“Sir, Ma’am,” the sergeant saluted and backed out of the office.

Fitzhugh pointed to a chair, “Have a seat, Major. I imagine we have a few things to talk about.”

This entry was posted in They Came from New Jersey!. Bookmark the permalink.