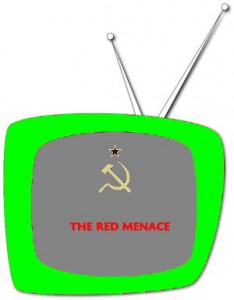 Emily reported to Dr. James Mortenson, the man who accepted her into the school after her bizarre interview with the board. He was happy to see her.

“Miss Rogers, I’m glad that you are here. Classes will begin in just a couple of days. How were your tests?” Dr. Mortenson asked.

“They were much more extensive than the ones I underwent in Aberdeen, Dr. Mortenson.”

“Of course they were, Miss Rogers. Scientists who make bombs cannot be expected to be able to understand the human body. Let alone a female one.”

“Did you get any results?” Emily asked.

“Not yet, Miss Rogers. They will take a few weeks. I will certainly go over them with you and your army friend,” he said. “But first, I need to introduce you to someone.”

He had Emily follow him to his office. There were several students getting things in order. “Mr. Lane?”

“This is Miss Emily Rogers. She will be joining the Physics department, first as a student and to learn your role as a Teachers Assistant to replace you when you graduate.”

“When did you decide that, sir?”

“Oh, THAT memo. I’m sorry, I did not read all the way through. I assumed that it was just the regular beginning of the year stuff.”

“Don’t assume, Mr Lane. You know what becomes of that.”

“Anyway, Miss Emily Rogers, this is Mr. Clifford Lane. He is my teacher’s assistant. He is presently working on his master’s and will be one step closer when he files all his paperwork.”

“We can discuss the matter later, Mr. Lane. For right now, I need to to escort Miss Rogers to her dorm room.”

“Mr. Lane, you will really need to address your memo reading skills. Thankfully, you have been here long enough that I know how to deal with the issue. Here is another copy.” He handed a paper to Clifford.

Clifford read quickly, the light of understanding slowly revealed itself. “Ah, thank you, sir. I shall make sure Miss Rogers finds her way there.”

“No, Mr. Lane. You are to take her there yourself. She hasn’t had time to find her way around. Is there a problem?”

“Thank you, Mr. Lane. Miss Rogers, your effects have already been delivered. Your schedule will be posted on your personal bulletin board.” Dr. Mortenson extended his hand and shook Emily’s.

Clifford Lane did not say a word as he directed Emily to her room. By the third set of turns, Emily was already lost. They at last reached a building near the edge of the campus. Entering, the found the staircase and climbed several levels of stairs. Afters the stairs were several twists and turns down richly paneled hallways.

The finally stopped at a door, marked with the number, “467.” Lane knocked.

“Come in,” a feminine voice called.

Emily walked into the room.

In one corner lay two swords and a bow – not a play one. Otherwise the room was neat as a pin. A young woman bounded in the room from a tiny hallway.

“You must be Emily,” she said with a wide smile. “Welcome to the Ivory Tower.”

The young woman giggled. “That at least is what I call it. They hadn’t planned on having women attend this particular college. So they throw us in the tallest structure they could find. Reminds me of Rapunzel.” The young woman was rather animated Emily thought.

“But, forgive me, I am getting quite ahead of myself. My name is Barbara Jewell. This is my sophomore year here. I’m quite glad that I am no longer the only woman.”

“I know, I know,” Barbara interrupted. “I received the memo last week. Before I welcome you here I have a few questions.”

“OK, here goes. Is it true that a secret government experiment turned you green?”

“Has it affected you otherwise?”

“Yes, but I don’t know everything. I was at Harvard for tests.”

“Are you here to find an eligible husband?”

Barbara stopped and stared at the strength of Emily’s response. She smiled.

“Yes! I am here to get my Doctorate in Physics!”

Barbara’s smile broadened. “Excellent! Then welcome Emily Rogers to the Ivory Tower. I have several rules with which we need to agree on forthwith.”

Emily nodded for Barbara to continue.

“First and foremost: This is our sanctuary. No boys allowed. By the way, the men here are clueless anyway. Second: We share the fridge. No this shelf is mine this is your. We will get our groceries together and we’ll just have to agree.”

Clifford Lane hiked from the campus to his favorite place on Athenaeum Street. The neon sign blazed “Svetlana’s” in bright red letters. His girlfriend Nadia worked there and would be off in a couple of hours.

He entered the bar. Looking around he couldn’t see Nadia through the drifted cloud of smoke. He was glad he never took up the habit, but wasn’t particularly bothered by it either. He saw the owner, Svetlana, sitting at the end of the bar. He walked over to say Hello.

“Miss Svetlana, how are you tonight?” He asked.

“Hello, Clifford. Nadia has been waiting for you to show up, she was getting a little anxious,” Svetlana replied in her thick Russian accent. She once told Clifford of how her family escaped the communists and worked their way across Europe. They finally made it to America.

“I’ll have to apologize to her. I had to show my replacement around.”

“Your replacement? Well, you will be graduating soon, no? I shall miss you Clifford Lane, and maybe my Nadia if you take her from me.”

“I’ll have to see what kind of job I can find.”

“With your brains you should work for your government. Then you will never have to worry about your next paycheck.”

“Well sometimes things happen, Miss Svetlana. Then there is a mess to clean up.”

“What do you mean, Clifford?” Svetlana’s ear perked up.

“Take my replacement, Emily Rogers. She was just a normal girl growing up in her normal neighborhood. Then Wham! She gets hit with a secret experiment and it turns her life around. They’re making her go to MIT to figure it out.”

“Why the government, that’s who. Poor little girl. She’s all green and everything. She’ll probably never find a boyfriend, much less a husband. She looks like the Wicked Witch of the West, she does.”

“That’s very nice of you, Miss Svetlana. I will do that.”

At that point, Clifford saw Nadia. “There she is. Talk to you later, Miss Svetlana.”

Svetlana nodded. When Clifford turned to Nadia, Svetlana wrote Emily Rogers on a napkin. She walked to the storeroom. One of her men was moving cases of beer.

“Here,” she said in Russian. “Find out whatever you can about this girl. She seems to be a victim of some secret experiment. I will try to talk her.”

Channel 37 would like to thank the many entrants to our “We’re Stuck” Contest. We hope you had as much fun as we did. The winners were as you can see: Mr. Clifford Lane and Ms. Barbara Jackson Jewell. They will both receive an e-book of this story when it’s completed. Watch for more contests in the future!