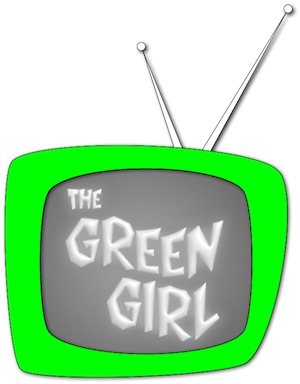 “Myron,” Rogers said. “I need these to go out immediately.”

“Sure, just put them on the table,” Myron answered, not pausing in his sandwich attacking zeal.

Myron put his sandwich on the desk a turned on his stool to look at the doctor.

Rogers held up a sealed glass tube filled with a green substance. “This goes to the army’s testing facility in Yuma, Arizona.” He held up a box, “This goes to my niece in Dayton, Ohio. Got that?”

“Tube, Dayton and box, Yuma.” Myron turned back to his sandwich.

“No! Just the opposite. Tube, Yuma with an MP guard preferably and the box Dayton.”

“Yeah, sure, doc. Just messing with you.”

“Myron, you have to take this seriously. The tube is going to some kick butt general who supposedly sent a whole crypto crew to the Aleutians.”

“The Aleutians? Where’s that?”

“Someplace cold and without comic books,” Rogers said as he walked out. Please, God, Rogers thought, why was hiring stupid nephews not against corporate policy. At least he had the forethought to have the department’s secretary outlining what package went where, to cover his butt. The memo should be reaching uncle Phineas’ office right about now.

Emily Rogers walked home after a particular trying day at school. She loved learning, she hated be the butt of all the jokes. Her biggest antagonist, Natalie Swayne, spent the day calling her “stick girl.” Not that Emily cared if her body grew curves or not, intellectually she knew it would eventually happen. Just not in Natalie Swayne’s timing.

What a crappy way to spend your birthday, Emily thought. She made sure Natalie was long gone before she started walking. She was glad at least it was a nice day.

It was nice, until she saw the two army jeeps parked in her driveway. The soldiers sitting in them looked bored. She wondered why they were there; she didn’t know anyone in the army. She felt their eyes on her as she turned and walked up the drive.

“Are you Emily Rogers?” the ranking soldier asked.

“Oh God, did something happen?”

“No, ma’am,” the soldier said, looking uncomfortable about saying “ma’am” to a minor. “We were just ordered to deliver this to you.” The soldier pulled out a large tube shaped package and a clipboard.

Emily did so, and the soldiers piled in the two jeeps and drove off.

She walked in the house.

“In here,” her mother called from the kitchen.

“Mom,” Emily asked walking into the kitchen, “didn’t you see the jeeps parked outside?”

“There were jeeps outside? I better see what they want.”

“They were waiting to give me this” Emily said handing her mother the package.

“Recalcitrant Laboratories, Palo Alto, California. Oh, your Uncle Arnie must have sent you a birthday gift.”

“With jeeps and army men?”

“Well, your father always said that he likes to make a big deal about everything.”

“Let’s wait for your father. He’ll be home early. I’m making your favorite tuna casserole for your birthday dinner.”

Ewww! Emily thought, leaning the tube in the corner. “I’ll go get my homework done.”

Emily dropped her pile of books of her bed, undid the strap, and pulled out her geometry book. She decided to get the easy stuff out of the way. They wouldn’t let a sophomore take calculus, so she was stuck with the stupid stuff.

When she was almost finished with her Latin declensions, Emily heard the door open.

Emily put down her pencil and proceeded to her command performance. She went down the stairs.

“Hi Daddy,” she said giving her father a hug.

“Look what I brought,” her father held a large wrapped package. Emily reached for it.

“Not now dear,” her mother said. “Let’s wait until after dinner and we’ll open both your gifts.”

“Both?” her father asked.

“Arnie sent one from California,” her mother explained to him.

“And he sent it with army jeeps and soldiers,” Emily added.

The phone rang about eight times before Arnold Rogers could get to it. He wished someone stayed for lunch.
“Dr. Rogers, Biochem.”

“Good, just the person I needed to talk to. This is General Fitzhugh of DARPA.”

Arnold felt a cold chill at the mention of DARPA and General Fitzhugh. “How may I help you, General?”

“I have one question, Dr. Rogers. Is this some sort of joke?”

“Excuse me, General? Is what a joke?”

“I received your package. I have four volunteer marines ready to go through testing here waiting. We opened the package, and found a wrapped inner package. The pink ribbons were a nice touch, by the way. But inside we found a Colonel Dare action figure. I’m not really sure why you think it will take four marines to play with a doll.”

Arnold felt a wave of nausea. I’ll be in Alaska by the morning, he thought. “General, I need to call you back. I have to find out what happened.”

“I’ll be right here by the phone, Doctor. Apparently my schedule for the day has opened up considerably.”

Damn that Myron! Arnold swore. He tore through his desk looking for his personal phone book.

The dress from her father was for someone about ten years old. Emily smiled and thanked him. He wanted her to try it on.

“How about after I open Uncle Arnie’s gift?” she asked.

“Of course,” her father said getting the package from the corner.

The phone book was jammed between the second and third drawers of the metal desk. Arnold tried slamming and pulling the drawers alternatively. He finally wrenched the book, ripping a few pages off.

He flipped through the book, looking for the number. There were five entries for his brother Andrew, three of them in Dayton. He figured out which one and reached for the phone.

Inside the tube shaped package was a clear cylinder, like the ones that ran through the pneumatic tubes at the department store. Inside the cylinder was a blob of green goo.

Emily looked at the blank stares from her parents; obviously they didn’t know what was going on either. She slid open the top just as the phone rang.

“Andrew, this Arnold. Don’t let Emily touch the green compound in the cylinder.”

Andrew turned and watched his daughter hand go into the cylinder. “No!” he shouted.

Emily jumped. The cylinder shook and the green goo brushed her fingertips. The compound covered her hand.

Emily jumped from the table shaking her hand, screaming “Get it off! Get it off!”

A shout from the phone prevented Andrew for helping his daughter.

“Don’t touch her, Andrew. Be calm, tell Emily to sit down and relax. We’ll get this figured out,” Arnold voice explained to Andrew.

“Emily, calm down. Uncle Arnie said we will figure this out.”

Emily looked at the goo covering her hand. Even with her arm down it started creeping up past her wrist. Her hand was totally green.

Andrew talked into the phone. “Allright, Arnie, what should we do next?”

“Where is the nearest emergency room?” Arnold’s voice asked.

“Cedarcrest Hospital has one. It’s just twenty minutes away.”

“Take down my number,” Arnold gave him the number. “Call me when you get there and reverse the charges, the army is paying for this. I will have more information when you get there. Remember, don’t let anyone touch the compound.”

This entry was posted in The Green Girl. Bookmark the permalink.